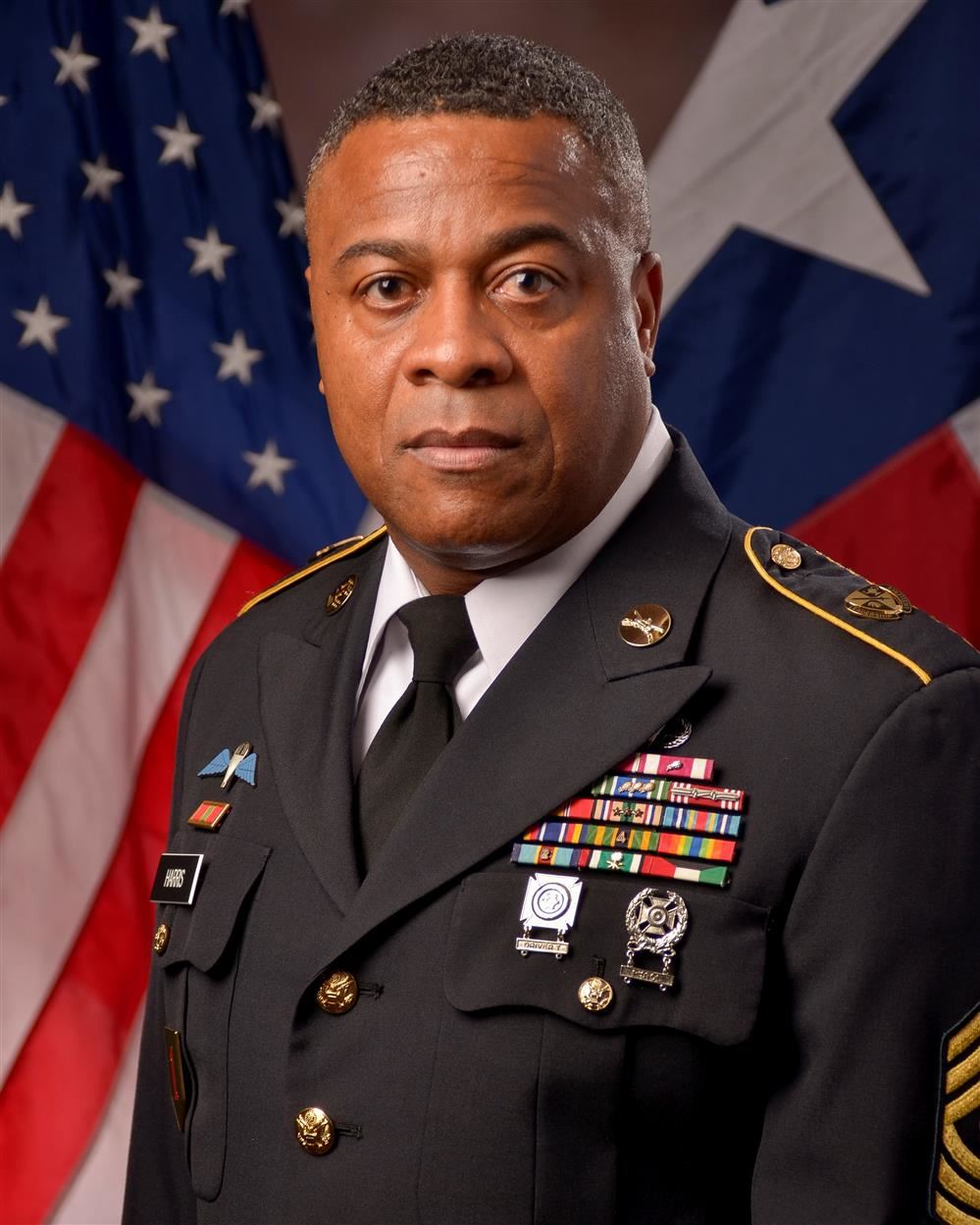 Command Sergeant Major Harris was born and raised in Atlanta, Georgia. He enlisted in the United States Army on 20 Aug 1980. He completed Basic Combat Training and Advanced Individual Training at Fort Knox, Kentucky. His first duty assignment, in 1980, was Fort Bragg, North Carolina, where he was assigned to the 4th Battalion, 68th Armor and 3rd Battalion, 73rd Armor, 82nd Airborne Division as a Tank Crewman.

Upon completion of his overseas tour in 1991, CSM Harris was assigned to B Company, 2nd Battalion, 69th Armor Regiment, 3rd Brigade, 24th Infantry Division, where he served as a Tank Platoon Sergeant and Master Gunner. In 1995, he was transferred to West Virginia University, Morgantown, West Virginia, to serve as an ROTC Instructor. In 1998, he was assigned to D and B Company, 3rd Battalion, 66th Armor Regiment, 1st Brigade, 4th Infantry Division, Fort Hood, Texas, where he served as a First Sergeant. In 2000, he transferred to 3rd Headquarters, Fort McPherson, Georgia, where he served as the Operations Noncommissioned Officer In Charge of the 3rd Army Mobilization Liaison Team.

Upon completion of his two consecutive tours in 2005, CSM Harris was assigned to the 120th Infantry Brigade, Division West, 1st Army, where he currently serves as the Brigade Command Sergeant Major, responsible for training and validating thousands of Soldiers deploying from Fort Hood, Texas, in support of the Global War on Terrorism.