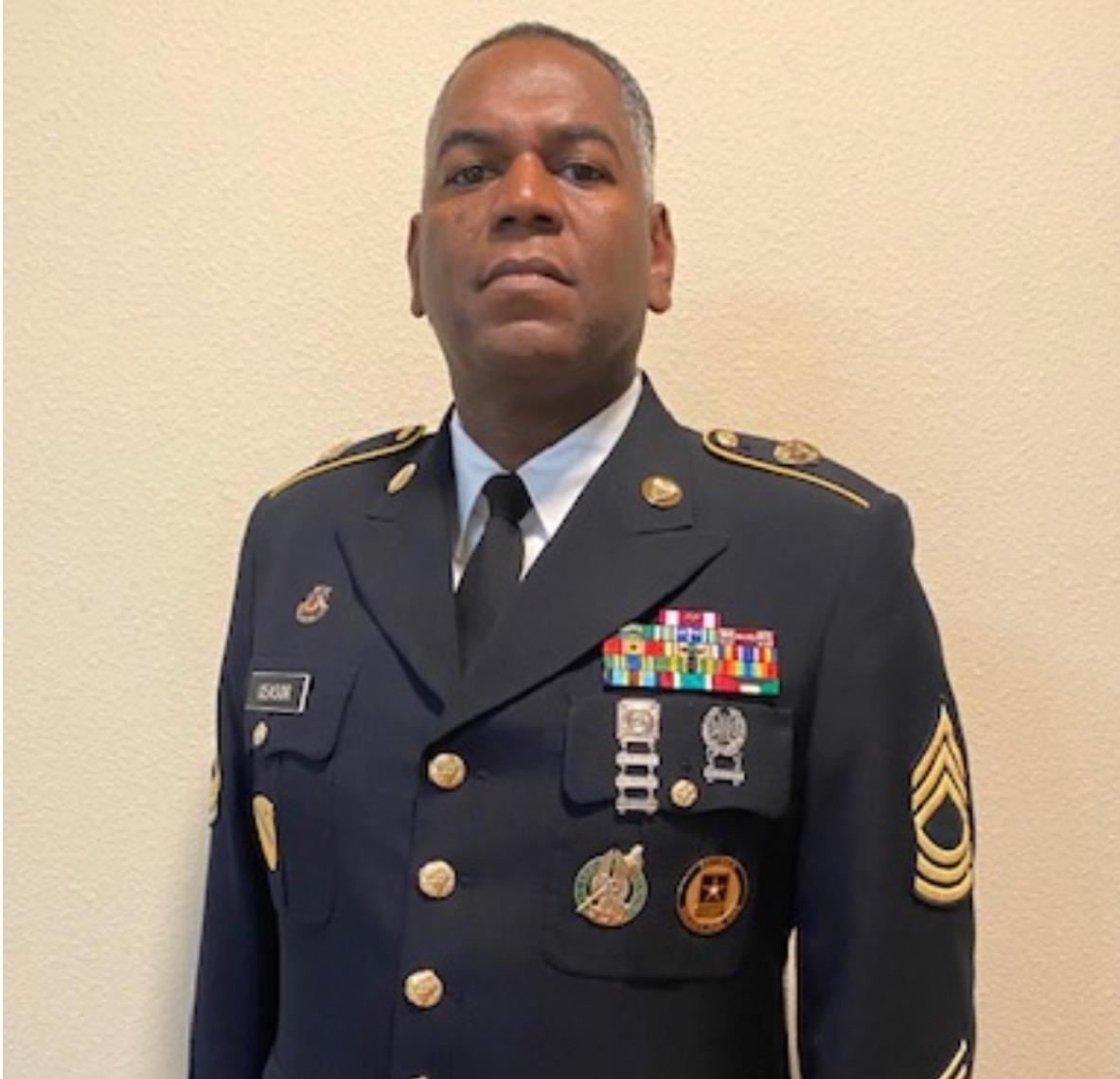 Master Sergeant Terry Ceasor assumed duties as the Army Instructor for the Winston Churchill High School "Charger" Battalion on 6 June, 2022. He was born and raised in Orlando, Florida, and graduated from Maynard Evans High School in 1989. He is married to his beautiful wife Tressa and has three children; Terry Jr, Chelsea, and Caleb.

MSG Ceasor enlisted in the United States Army in August of 1989, and served on active duty for 26 years. During his military career, he served in Operation Desert Shield and Desert Storm, Germany, Korea, Ft Knox, KY, Fulda, Germany, Ft Sam Houston Tx, and Ft Stewart, Georgia. During his career, he had the opportunity to serve as a Power Generations Mechanic and United States Army Recruiter.

MSG Ceasor looks forward to his next assignment in Mentoring your Cadet to be the best version of themselves as they navigate through life.

Master Sergeant Ceasor holds an Associates Degree and a Bachelor's in Science/Marketing from Columbia Southern University.