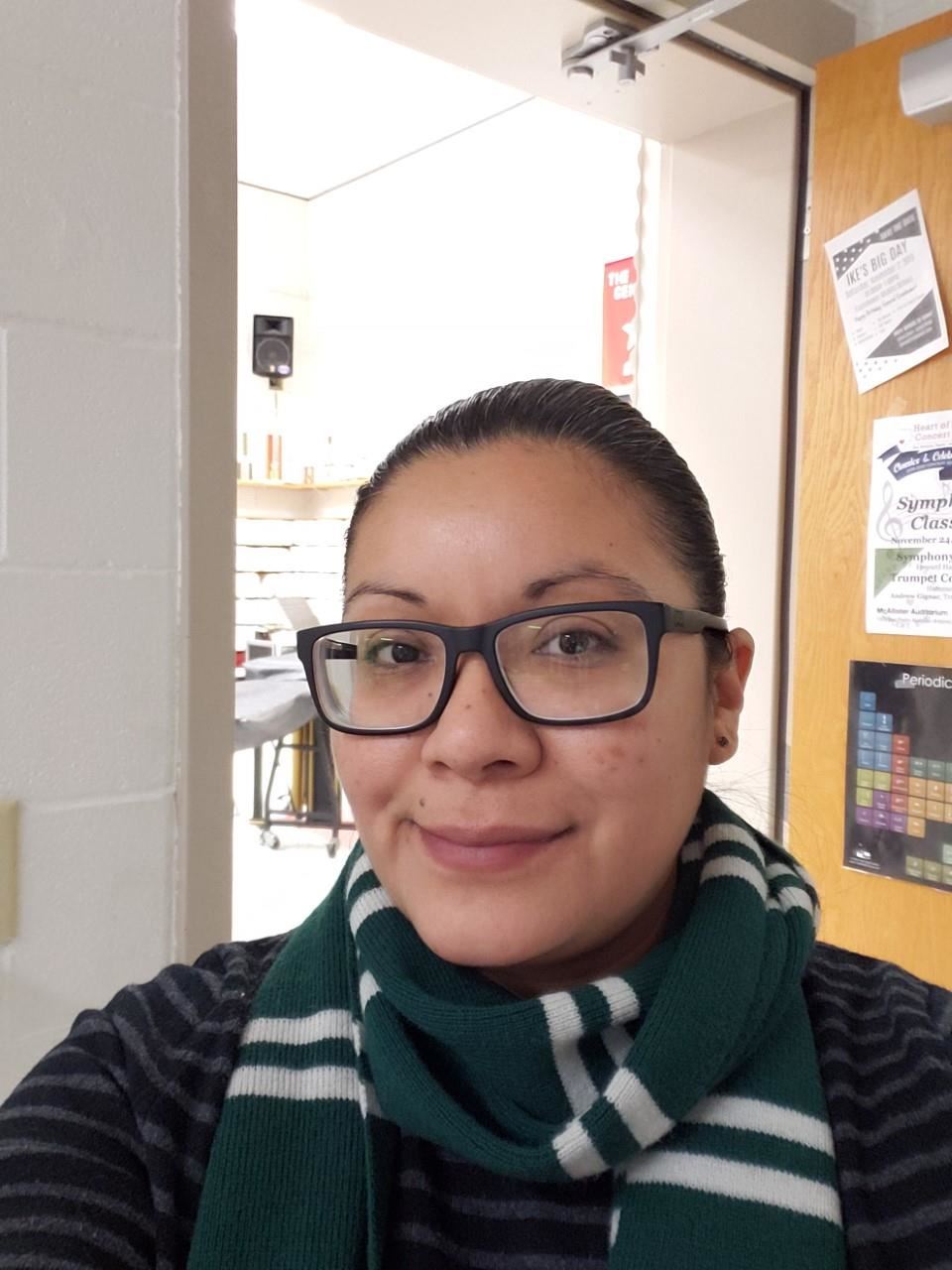 Bachelor of Music Degree - Instrumental The University of Texas at Brownsville

Ms. Lisa Avalos is the Director of Bands at Eisenhower Middle School.

Ms. Avalos is a graduate of the University of Texas at Brownsville and holds a Bachelors Degree in Music Education. She began her career in her hometown as the assistant band director for two years at J. Cummings middle school in Brownsville ISD. There she led the second band to earn its first UIL Sweepstakes in over 30yrs. She then moved to Beeville ISD where she was the assistant band director at A.C. Jones high school and at Moreno middle school. Ms. Avalos then became the director of bands at Riverside middle school in San Benito CISD where the band program became the largest fine arts program on campus with consistent UIL Superior and Sweepstakes recognition.

"I have been extremely fortunate to be a part of such amazing band programs that have earned numerous Superior and Sweepstakes ratings at UIL Concert Band and Sight-Reading Evaluation. I enjoy being a part of every child's journey through the teaching of music and I'm looking forward to continuing the tradition of success that the Eisenhower Band has established."