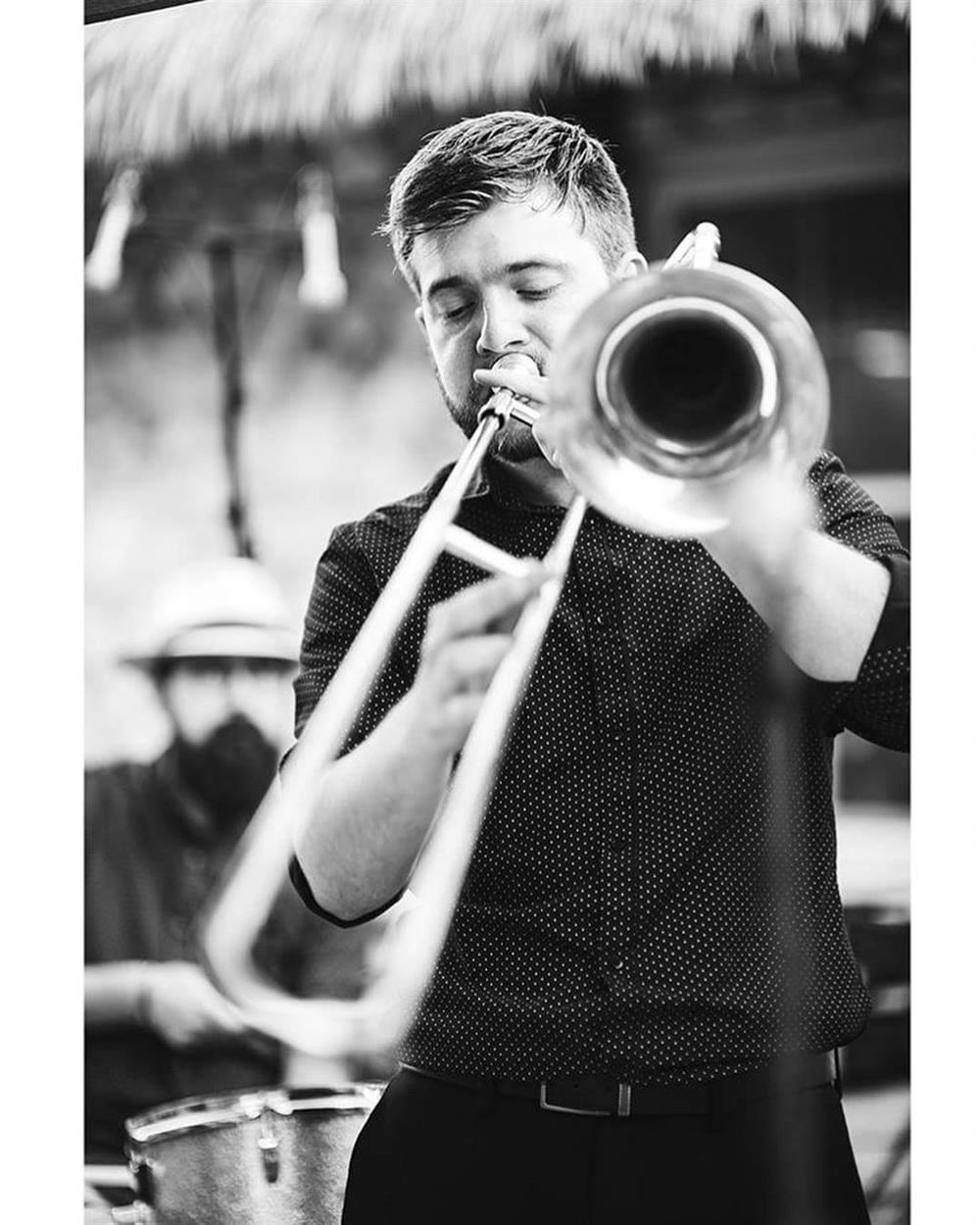 Ian Anderson grew up in Seguin, Texas, and graduated from Seguin High School. He went on to study at Texas Lutheran University in Seguin serving as the principal trombone player in the Wind Ensemble, and as a member of the jazz band, chamber orchestra, the Guadalupe Brass Quintet, and several other ensembles. Mr. Anderson graduated in 2014, cum laude, and received the Outstanding Student Teacher Award. After graduating, Mr. Anderson started his first teaching job at Judson Middle School in Converse, Texas. There he served as Assistant Band Director for six years and helped to build up the Symphonic Band to earn it's first ever UIL Concert and Sight Reading Evaluation sweepstakes, as well as several Outstanding Performance Awards at the TLU Band Festival.

When he is not teaching, Mr. Anderson keeps himself busy performing jazz trombone primarily with the Dirty River Jazz Band. He is one of the founding members of the band that has been together since late 2013. Through the band he has had the privilege of playing in jazz clubs and venues in the San Antonio and Austin areas, and even performed in Louisiana, New York City, and Maine. The band was under the tutelage of the late great Jim Cullum, Jr., a San Antonio legend of traditional jazz. The Dirty River Jazz Band has had the goal of preserving New Orleans traditional jazz and takes influence from Louis Armstrong, Duke Ellington, Jack Teagarden, Hoagy Carmichael, and of course the Jim Cullum Jazz Band, to name a few. He also toured with the Grand Ol' Christmas Show in 2018 and served as principal trombonist of the San Antonio Messiah Ensemble in 2019. Mr. Anderson lives with his wife, Samantha⁠ (who is a beautiful vocalist and pianist⁠), and their adorable dog, Pippin. Mr. Anderson spends his free time playing games with his friends, camping, playing tennis, watching movies, and currently is in the process of teaching himself guitar.

Please visit the Jackson band Facebook page for any updated information about online learning and other pertinent information.

I can't wait to get to know all of the students and parents of this community. Even with the circumstances, I believe that this will be an amazing year of learning!