The Witte museum came to life after dark as more than 650 guests helped raise a record-breaking amount at the North East Educational Foundation’s annual gala held on Feb. 21.

With a ‘Night at the Museum’ theme, the special event grossed more than $350,000. Proceeds will benefit innovative classroom projects that enrich the education of North East ISD students.

Cheerleaders from all seven high schools and the LEE High School band delivered a high-energy welcome as guests dropped off their cars at valet sponsored by Lifetouch. NEEF Mascot Sparky, the Reagan Rattler and the Johnson Jaguar were ready to open the doors to an exciting evening.

Once inside, the magic began with NEISD Gifted and Talented students impersonating influencers from history. Guests were stunned to see the creativity and intelligence showcased by the young students.

Another new element this year featured a Dino Dig. For $30, guests could excavate a fossil that could be redeemed for a gift card ranging from $25 to $200 to a variety of retail establishments. One lucky fossil represented a one-night stay at Hotel Emma valued at $450. The Dino Dig also served as a great example of a grant in action as the fossils were made by DATA @ Roosevelt students using a 3-D printer funded by NEEF.

The event kicked-off with a warm welcome from Gala Committee Chair Sheryl Staffier.

“Tonight, is all about giving back because the children in the North East School District deserve the best,” Staffier told the crowd.  “As everyone is aware, this is a critical time for the future of public education and your presence here tonight is so meaningful for the teachers and children of the North East Independent School District.”

NEISD school board and NEISD executive staff were also on hand to support the Foundation’s mission.

The focus was turned back to NEEF’s mission with the Fund a Need portion of the evening. After watching videos of NEEF grants in action that featured Northern Hills Special Education Sensory Room, the Eisenhower Middle School Flight Simulator, the Dellview Elementary Guitar Club and the Woodstone Book Vending machine, guests generously donated to fund innovative needs for NEISD students.

Executive Director Amy Lane surprised NEEF Chairman Randy Bristow with an award for his dedication and commitment to NEEF and NEISD.

“He has the biggest heart not just for Roosevelt where he is a proud alumnus, but for the entire district,” Lane said. “He is so giving of his time, of his talents of his expertise, I often tell him he is the smartest man I know and the most modest person I know as well.”

Bristow was stunned to receive the award and graciously accepted it. He thanked those present for supporting NEEF and for making the evening a success.

To conclude the event, Superintendent Dr. Sean Maika recognized Staffier for an amazing job as Gala Chair and thanked the guests for their generosity.

“I often speak about the triangle, that’s what it takes to educate a child, at the top is the child, the school and then the community. You’re a part of our community,” Dr. Maika said. “Thank you so much for everything that you do.” 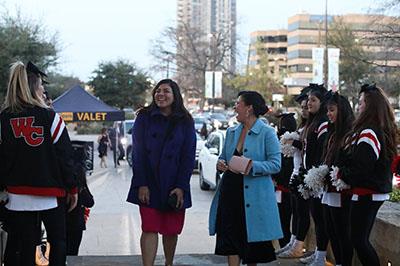 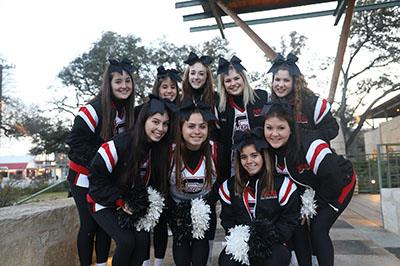 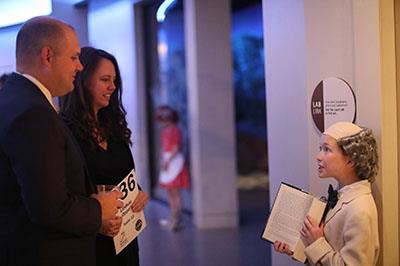 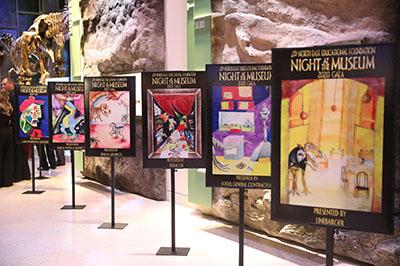 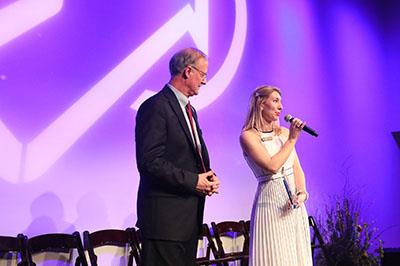 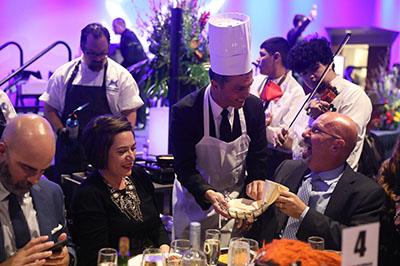