Sisterhood and tradition continues between Johnson and LEE dancers

“Sisterhood is the bridge between two hearts,” is a quote that both Johnson High School and LEE High School Dance and Drill Teams have embraced.  A tradition that started eight years ago with both schools performing a combined dance routine during the Johnson vs. LEE halftime football game has flourished beyond the dance studio.

The two dance directors, Stephanie Trevino-Felan and Christina Alanis, have a bond so unique that the dance teams have picked up on their friendship and positive vibes.  During the Show Makers of America (SMA) Officer Camp this past summer, the officers had a great idea to bridge these two teams together.  A tailgate event was a tiny idea brought forth, and on Friday, Sept. 27, it became a reality.  The tailgate event took place at the Johnson Dance Studio with the assistance of the social officers, directors and parent volunteers from both schools.  The dance teams bonded with ice-breaker games, a potluck barbeque meal, dancing and lots of group pictures.  The directors didn’t imagine it would grow to this magnitude!

The following evening at the football game, both teams performed their traditional combined routine to “Woman Up” by Meghan Trainor.  The dancers meet up once more for a group picture and lots of hugs among their sister-friends.  The dance directors wanted to revive their JOLEE tradition and give it a new look…mission accomplished!

Sisterhood is not a destination but a journey and what a journey it has been and continues to develop.  The teams have expressed excitement to see one another again during the One Singular Sensation (OSS) event and National Dance Alliance (NDA) National Championship representing their respective schools and North East ISD. 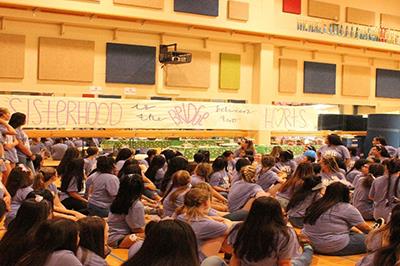 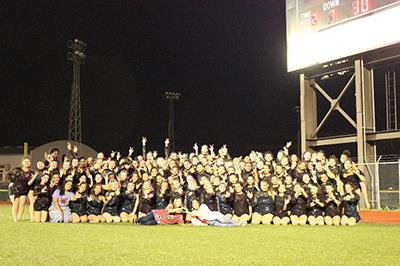 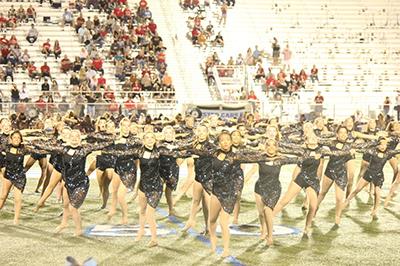 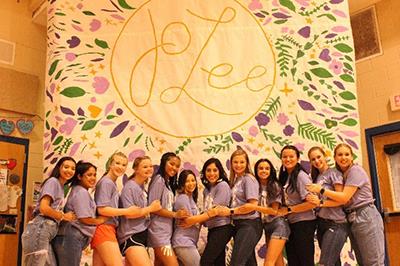