Mark Chambers has dedicated decades of his life to music. His passion for marching band, and most importantly his students at North East ISD, is just a small part of his grand legacy.

Chambers taught at Ed White Middle School and Lee High School before he agreed to launch the band program at Reagan High School in 1999. The music program at Reagan flourished under Chambers’ innovative and creative direction and now, 20 years later, his dedication to his craft and his students is being honored in a very palpable way. On Tuesday, Sept. 10, Chambers was invited back to Reagan to celebrate the dedication of the ‘Mark Chambers Band Hall.’

“I don’t even know what to say, I’m just blown away,” said Chambers. “The Reagan band program feels like my child and I’ve been watching it grow up and everyone that’s followed me has done an amazing job. They took the traditions we started and expanded on it. It’s surreal.”

Chambers spent his entire career at NEISD and made a profound impact on the lives of thousands of students during long hours on the practice field, at competitions, and in the stands at football games. While he’s no longer in education, his legacy proceeds him. Proud members of the Reagan music program know how instrumental Chambers has been in creating the traditions and culture that have lasted two decades and will stand for years to come.

“We’re here to develop great people, and Mark really took that to heart and played a big role in that,” said Dan Morrison, Reagan Band Director. “He set the school on a path to success on day one. He made people want to be in the band, he makes people still want to be in the band. I think his legacy is everywhere and now we’re able to put that in a tangible way by naming the band hall after him.”

Being in the band is so much more than learning to play an instrument. Students learn key life skills like discipline, time management, determination, and teamwork. Those are the values that drive the Reagan band in 2019, and they’re the same values that Chambers instilled in the students that launched the program 20 years ago. 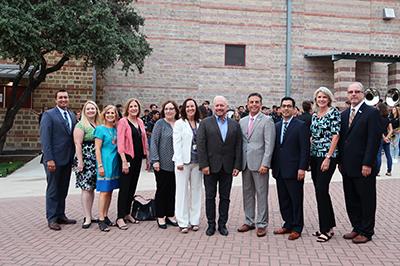 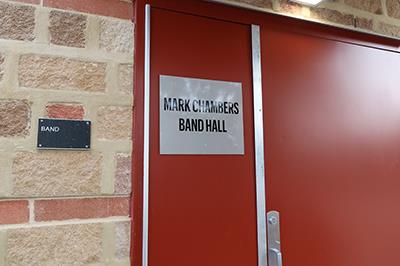 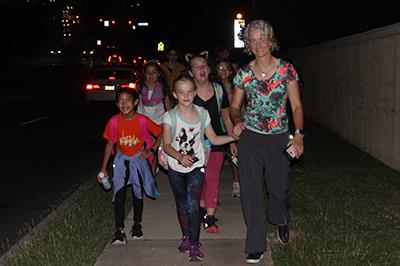 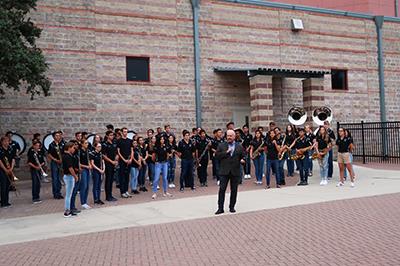 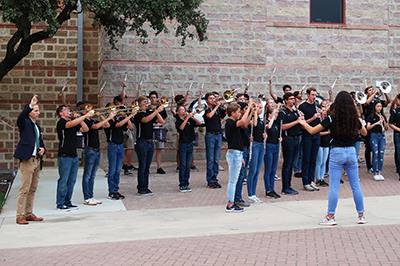 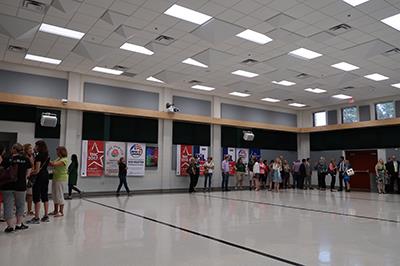