Eighth grade students at the Krueger School of Applied Technologies (KSAT) magnet program were treated to a special lecture featuring author Margot Lee Shetterly at St. Philip’s College on Thursday, Sept. 20. Shetterly is best known for writing Hidden Figures: The Story of the African-American Women Who Helped Win the Space Race, which would later inspire the Oscar-nominated film.

Shetterly is also the founder of the ‘Human Computer Project’, an endeavor to recover the accomplishments of women who worked as computers, mathematicians, scientists and engineers at NASA. This lecture series was especially relevant to KSAT students because much of their coursework involves engineering design and technology through the use of rocketry and industry grade software. Shetterly spoke about her experience researching and writing the book. She also discussed her father’s time at NASA working alongside the remarkable women at the center of the story. 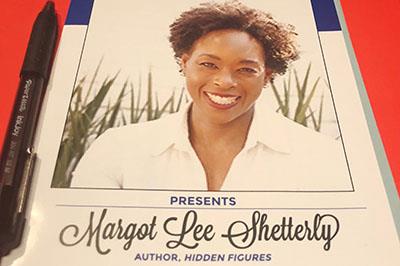 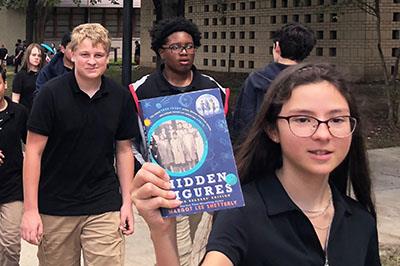