Students recognized at April board meeting 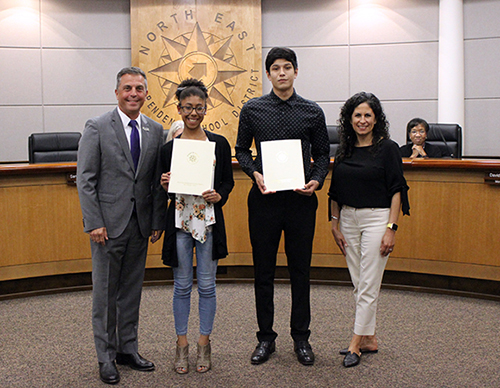 Two students from Madison High School stepped up to the podium at the regular meeting of the North East ISD Board of Trustees on April 11.

Mikayla Garcia and Daniel Perez gave the invocation and pledge to the U.S. and Texas flags for all those in attendance.

They were introduced by their principal Eric Wernli as family members joined them in the audience.

Mikayla is a senior and member of the school’s Advancement Via Individual Determination (AVID) program, and has participated in this program since she was in seventh grade. She was joined by her parents, Teri and Louis Garcia, and her sister Dani.

Daniel Perez is an outstanding student who is president of the National Honor Society at Madison. He was joined by his mother Blanca Perez.

Both are exceptional examples of the dedicated students who attend NEISD schools. We wish them the best of luck as they approach graduation and the next step in their education.

Teams must receive a bid to attend this competition held in Florida each year. Then, they are given the opportunity to participate against hundreds of schools across the nation.

The first-place title for Small Varsity High Kick this year went to the MacArthur High School Brahmadoras and their director Stephanie Exum. They were recognized at the April Board of Trustees meeting for all of their hard work. 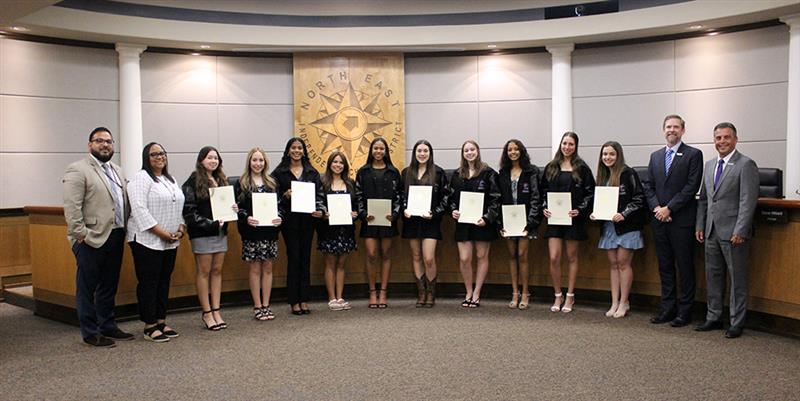 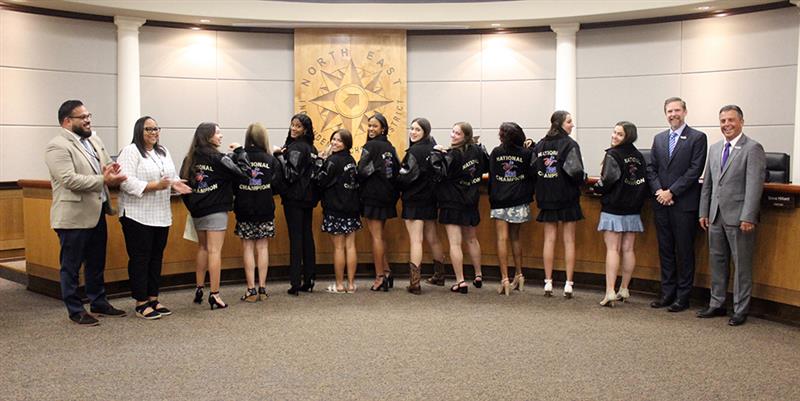 Churchill High School debate students placed first place at the UIL 6A CX (cross examination) State Tournament. They secured back-to-back state championship wins for policy and debate. Cana Blanton and Natalie Stone won every debate in the competition. They were recognized at the April board meeting along with their instructor Preston Stolte. 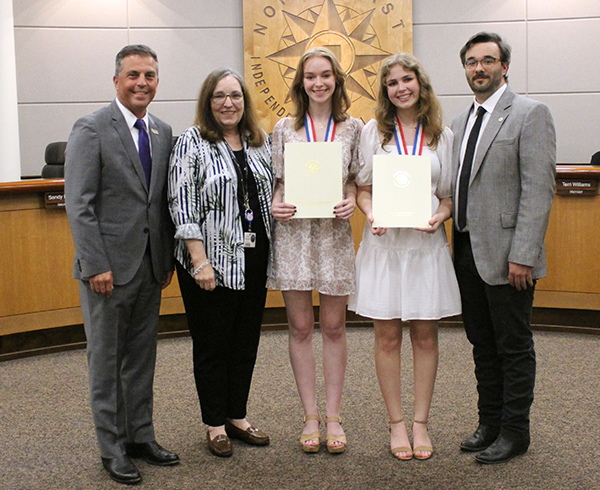 The Mayor of San Antonio proclaimed April 7, 2022, as Safe Driving Day at a recent City Council meeting. The proclamation came at the request of Johnson High School’s PTSA Smart Driving Club members. Student representatives, along with parent and founder Melanie Cox, attended the April NEISD board meeting and were recognized by Board president Shannon Grona for their achievements.

“Thank you so much for what you done over the past few years and growing the club,” said Grona. “It’s awesome to see these student leaders come out and affect change.” 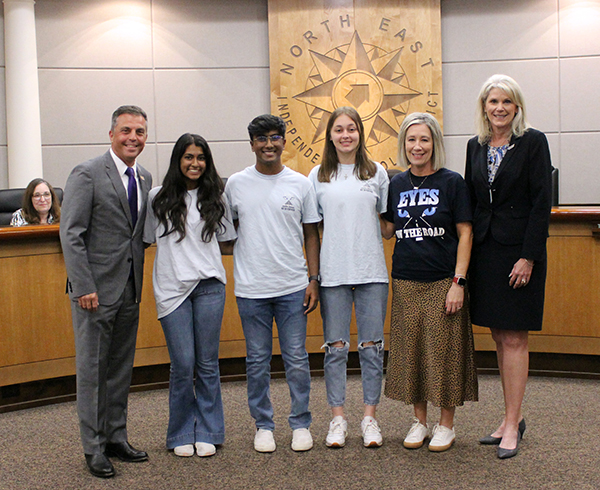