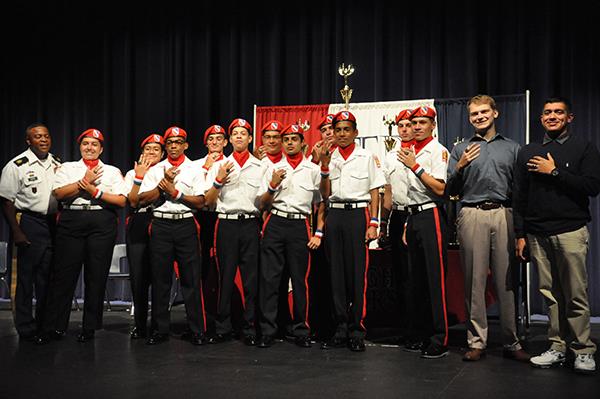 Roosevelt High School’s San Juan Guard Armed Drill Team now has the bling to back up their All-Service and Army National Championships. On Friday, July 30, the 14-member team returned to Roosevelt to receive their championship rings.

“You guys have represented not just for the team, JROTC and Theodore Roosevelt, but also for the city of Windcrest, Texas and the nation,” said Roosevelt principal Bryan Norwood. “The ripple effects of your accomplishment will have long term positive effects that will continue on.”

The San Juan Guard performs hand and feet coordinated movements with Springfield Rifles. The group is among the best in the nation and is now the team to beat moving into the next year of competition.

The rings were made possible with the help of Rackspace, a valued community partner.

Click here to learn more about the Roosevelt JROTC program. 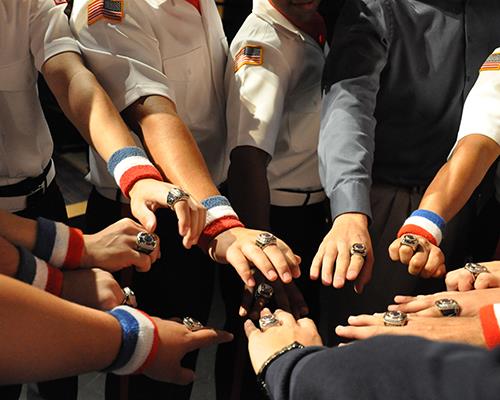 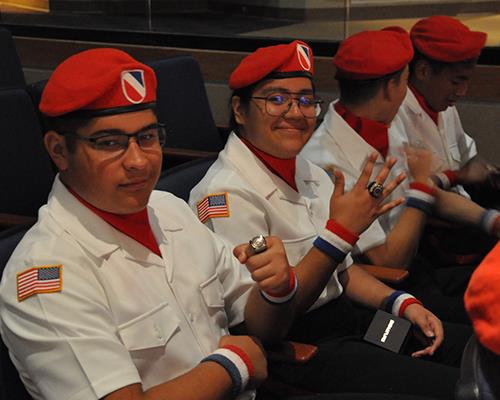