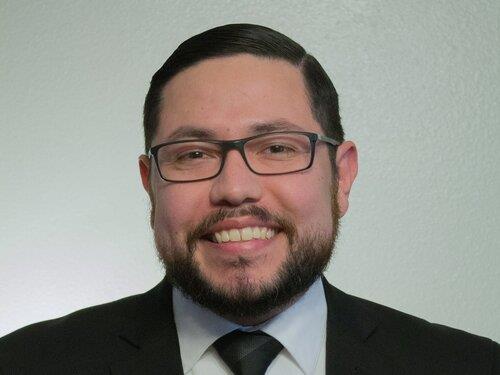 B.M. Music Studies with All Level Certification, University of Texas at San Antonio

Martin Sanchez is the orchestra director at Ed White Middle School. He received his Bachelor of Music in Music Education at the University of Texas at San Antonio in the fall of 2013. Mr. Sanchez primary instrument is the Double Bass and studied under the instruction of Steven Zeserman. Mr. Sanchez is also the conductor of YOSA's Capriccio Orchestra in San Antonio for his 6th season.

Before holding the job of director at Ed White, he held the Assistant Director position for several years in the UTSA String Project, a program to help university students hone their skills in string teaching. In 2012, he presented at the American String Teacher Association National Convention in Atlanta, GA on "Best Practices" for String Project Programs across the United States. In 2013, He accepted the Lead Teaching Artist for the YOSA Mas Program in the Edgewood Independent School District. He has also been involved with YOSA Summer Symphony Camp since 2014.

Mr. Sanchez has had the opportunity to play with many orchestra throughout the state of Texas including the UTSA Symphony Orchestra, The UTSA Chamber Orchestra, The Texas State Univerisy Orchestra, The University of the Incarnate Word Community Orchestra, and on occasion the San Antonio Symphony Pro-AM Orchestra and YOSA Philharmonic as a guest performer. Mr. Sanchez was apart of the UTSA Bella Italia 2012 Orchestra where he toured all across Italy for 2 weeks.

Mr. Sanchez is in his 9th year of teaching at Ed White Middle School and is excited for the year ahead!