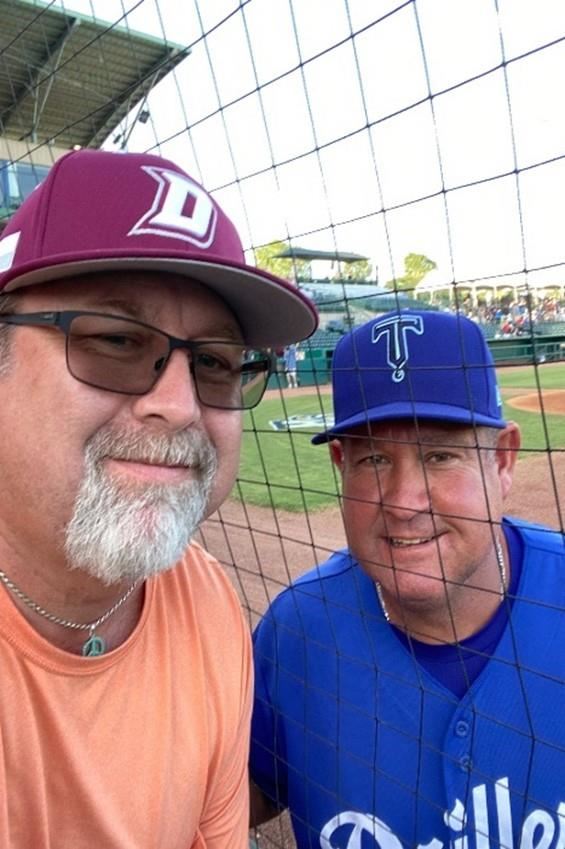 My name is Shawn LaValley (on the left), and I am starting my second year as a special education teacher at Oak Grove Elementary School. This year marks my thirtieth year in education serving individuals with disabilities. I have taught in New York, North Carolina, Vermont, Florida and now Texas.

I grew up in the Adirondack Mountains of upstate New York near the Canadian border in a town called Plattsburgh (between Lake Placid, NY and Montreal, Quebec). I attended Plattsburgh State University where I studied education and played baseball. After college, I played some Semi-Pro baseball while being a full-time special education teacher and coach.

As a high school baseball coach spanning thirty years, I was fortunate to have never had a losing season and collected 543 wins. I coached baseball camps, travel ball and private instruction alongside many former Major League players and scouts. I was a part of a coaching staff that won two Florida state titles and a 12U national championship. Many of my players moved on to play Division I baseball, Minor League Baseball and Major League Baseball. Above, pictured with me, is coach Scott Hennessy now the Manager of the Double AA Tulsa Drillers of the Los Angeles Dodgers. We coached together in Jacksonville, Florida and we were able to catch-up with each other this summer. I continue to advise many baseball coaches around the country since retiring as a baseball coach.

Fun Facts: I have attended two Olympics (summer and winter). My first was the 1976 summer games in Montreal, Canada and the other was the 1980 winter games in Lake Placid, New York.