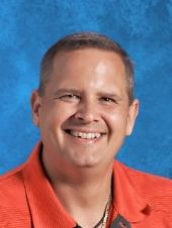 I was born in Milwaukee, Wisconsin, and moved to Big Spring, Texas, in 1977. I then relocated to San Antonio in 1986 and I have been here ever since. I am a graduate of James Madison High School. After high school, I attended a 4-year carpenter apprenticeship school and received my Journeymen Certificate. I then started college at San Antonio College and then transferred to Southwest Texas State University and graduated in 2001 with a BA in Industrial Technology. In 2006 I attended Texas State and obtained Trades and Industry certification.  In 2012 I recently graduated from Lamar University with an M.Ed. in Administration. This is my eighteenth year at Reagan, and I look forward to working with each of my students.