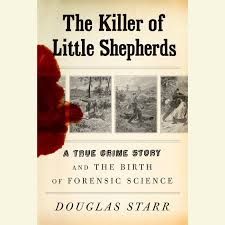 The Killer of Little Shepherds

At the end of the nineteenth century, serial murderer Joseph Vacher terrorized the French countryside, eluding authorities for years, and murdering twice as many victims as Jack The Ripper. Here, Douglas Starr revisits Vacher's infamous crime wave, interweaving the story of the two men who eventually stopped him—prosecutor Emile Fourquet and Dr. Alexandre Lacassagne, the era's most renowned criminologist. In dramatic detail, Starr shows how Lacassagne and his colleagues were developing forensic science as we know it. Building to a gripping courtroom denouement, The Killer of Little Shepherds is a riveting contribution to the history of criminal justice.