There is something almost magical about firsts.

In 1998, North East ISD opened the Krueger School of Applied Technologies (KSAT). It was NEISD’s first middle school magnet program. The first class consisted of about 140 students. One of those students was Katherine O’Dell Rodriguez.

“I was the first class, the ‘experiment’ class, of KSAT,” said Rodriguez. “I made so many friends that I still have contact with to this day. We all bonded like a family because we were all going through something new together. The teachers I had were so encouraging and helpful.”

Twenty-two years later, she still holds on to friends, yearbooks and V2 rockets she built in the program.

“My time at KSAT meant the world to me,” said Rodriguez. “I’m so excited to see how much things have changed and improved within the program.”

From 140 students in 1998 to about 400 students a year now, Rodriguez helped pave the way for so many others, including her daughter. Rodriguez is responsible for another first, KSAT’s first second-generation student! 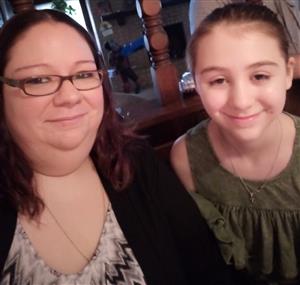 “I am so very excited to see my daughter follow in my footsteps,” said Rodriguez. “She had her choice to go to DATA or KSAT, but she chose KSAT because I always spoke so highly of it. I want her to be built up by her amazing teachers just like I was.”

She credits teachers like Donald Poole and Calvin Best for her success and knows the team at KSAT will help her daughter make life-long memories.

“I feel I helped open a doorway, not only for my children but other children as well,” said Rodriguez. “Without the support of NEISD magnet schools, none of this would be possible. I can’t thank NEISD enough for the opportunities they’ve created over the years. I’m excited to see what the future holds for my daughter and the KSAT program.”