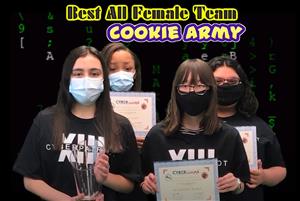 For the first time in the history of the Mayor’s Cyber Cup, there was a tie for Best All Female Middle School Team.

Both teams are part of the CyberPatriots Program at Krueger School of Applied Technologies (KSAT).

“My favorite part is the competitions,” said Gonzales. “I get to have a lot of fun doing it.”

CyberPatriots Sponsor Kala Griffin loves being a part of this program.

When she talks about her CyberPatriots, she practically glows.

She believes in them and is incredibly proud of the girls’ teams.

“I am proud of all of my students,” said Griffin. “CyberPatriots encourages females to join the field of cybersecurity and create all-female teams. As all-female groups form, there is always a buzz of confidence that comes with the challenge.”

And it’s a confidence that shines in the students.

“I sort of see myself as a role model,” said Gonzales. “My sister tries to be more like me because I am in these programs. It’s a lot of fun too.”

CyberPatriots is a program created by the Air Force Association to get students interested in cybersecurity, technology, engineering and mathematics.

The Mayor’s Cyber Cup gives those students a chance to compete against teams across San Antonio.

In fact, the Best Middle School Team overall, the Floppy Disks, was also from KSAT. 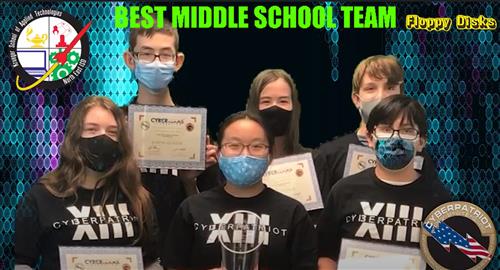