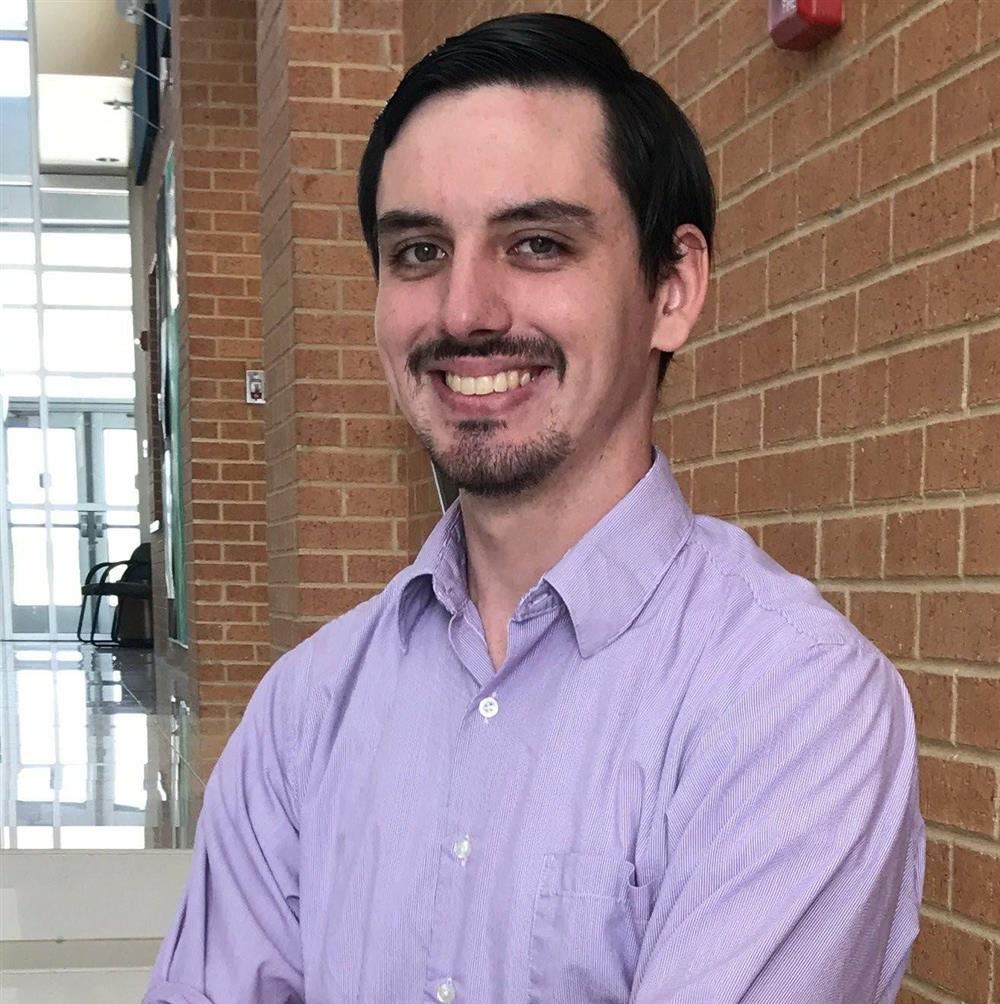 Mr. Snadow joined the Harris Hawk team in 2019. Growing up in the D/FW metroplex, he started band in 6th grade playing the trombone. Instructed and guided by his super awesome (and patient!) high school band directors, he went from being in the lowest of four bands to becoming a Texas All-State musician. Accomplishing this allowed him to see his potential. Inspired by his band directors' belief in the students and helping them become the best people that they can be, that's when he knew he wanted to do the same thing.

Wanting to experience some different perspectives on music education, he decided to attend the University of Oklahoma (Boomer Sooner!). He got to perform in many different ensembles, from the Pride of Oklahoma Marching Band, to Jazz Band, to even the pit orchestra of an opera production! He graduated from OU in the May 2015 with special distinction.

When he isn't teaching, he likes to spend time with his family and friends, watching OU Football, reading, and playing pinball with his dad.

He is looking forward to a great school year! Go Hawks!

The easiest way to get in contact with Mr. Snadow is via email at jsnado@neisd.net.