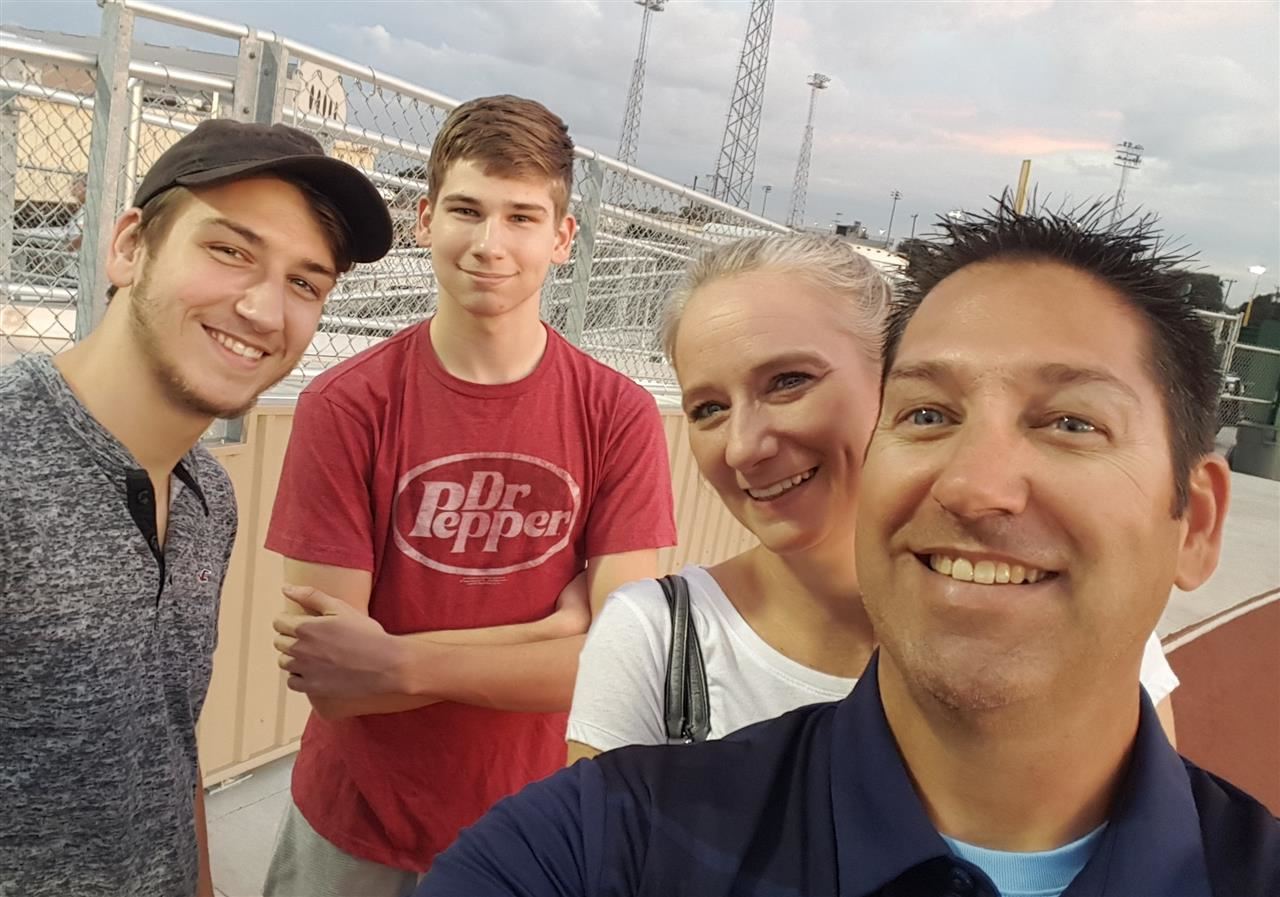 I am North East through and through. I attended Montgomery Elementary, Ed While Middle School and Roosevelt High School (‘90). I played football and became a Student Trainer at McMurry University in Abilene. My first ‘real job’ was the Head Athletic Trainer at Madison High School, I was there for 13 years, then help open Johnson HS in 2008. My wife Stacey, who played basketball at McMurry, was a coach at Kruger MS (2 yrs.), Roosevelt HS (2 yrs.) and was the Head Girls Basketball coach at Churchill HS for 10 years. She is now one of the Assistant Athletic Directors here at North East. We have been married for 27 years. I have two sons, both North East products, Zakari (Longs Creek ES, Harris MS and Johnson HS -2015) and Austin (Longs Creek ES, Harris MS and Roosevelt HS – 2018).

I love my job! Where else do you get literally front row seat to every game? I get to spend quality time with all athletes during their practices and games. Work closely with them when they sustain an injury to get them back to playing. I also get to be around great people every day. Coaches: that impact young kids, trying to make them a better person today and for tomorrow.

I enjoy all things Star Wars, Seinfeld/Big Bang Theory, 80’s music, playing Poker, useless trivia, organization, hanging out with friends - vacationing at the beach and/or grilling on the back porch.