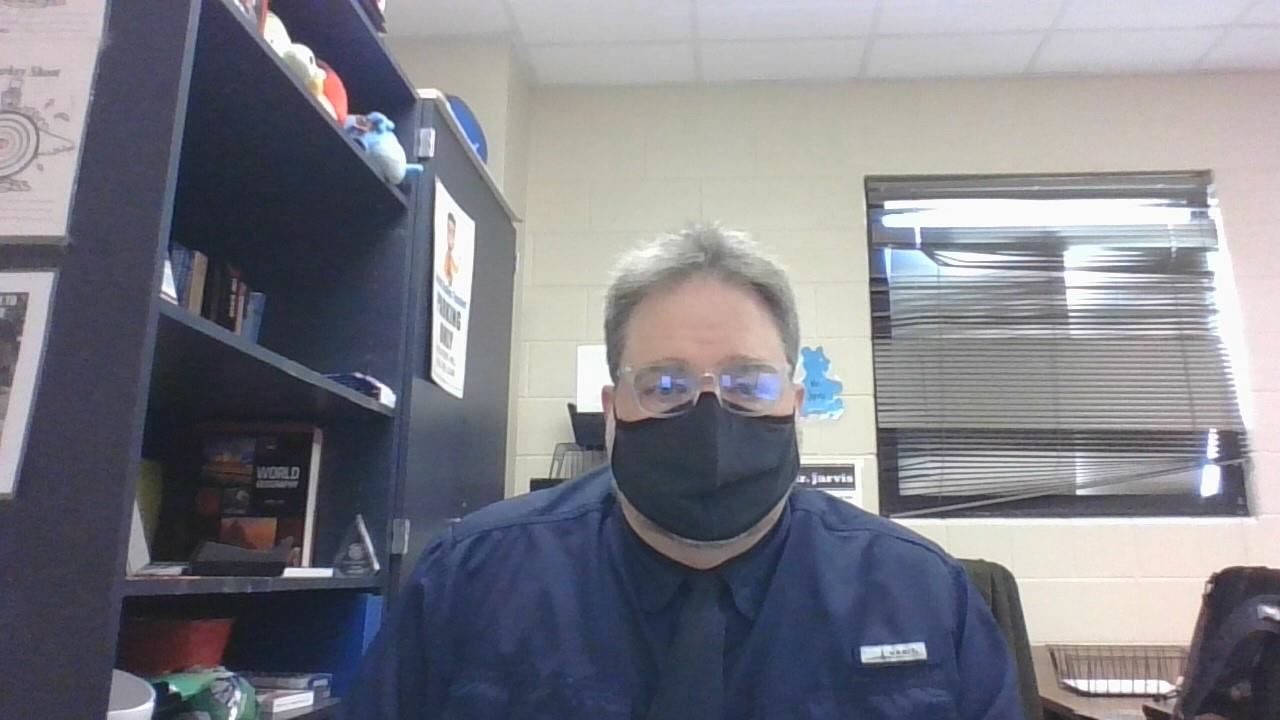 Mr. Jarvis was born at Warner Robins AFB in Georgia in 1970. He moved to Texas from Maryland at the age of 11 when his father took a job at (then) Kelly AFB. He attended John H. Wood, Jr. Middle School, and James Madison High School, graduating in 1988.

While growing up, he was a Scout, and earned the rank of Eagle Scout in 1987. He continues to be semi-active as a "reserve" Assistan Scoutmaster of a local Scouts, BSA troop. Naturally, he enjoys outdoors activities such as camping, geocaching, and hiking/backpacking.

Mr. Jarvis is a 1993 Graduate of the University of Texas at San Antonio with a Bachelor of Arts degree in History. While at UTSA, Mr. Jarvis worked as a substitute teacher for NEISD. After graduation, he worked in retail management and telecom sales for nearly a decade. Mr. Jarvis then returned to the UTSA to earn his teaching certification. During this time, he again worked as a substitute teacher for NEISD, completing a total of five years subsitute teaching on 27 different campuses and covering every grade level from Kindergarten to 12th grade.

Mr. Jarvis resides with Mrs. Jarvis, a Family Consumer Sciences teacher at Cotulla High School, five dogs, and one cat, on the one acre Broken Road Ranch in Atascosa County, fifty miles from the TR campus. They have one grown son and a daughter who attends Tarleton State University.