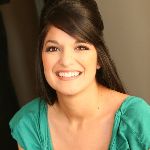 Mrs. Sisson is a former Head Major of the Rober E. Lee HS Rebel Rousers Dance Team. She graduated from Texas State University and was a member of the Texas State Strutters. While at Texas State she was awarded "Organization Women of the Year" in 2005. She double majored in Biology and Dance. Mrs. Sisson student taught at Reagan High School and traveled to New Zealand for the remainder of her student teaching experience. She studied with master teachers such as Wade Robson, Twitch, Chip Abbot, Tyler Hanes, Joe Tremaine and associates and many others.

Mrs. Sisson works for ShowMakers of America as the Assistant Director of Workshops and Camp Activities and assisted with the Macy’s Thanksgiving Day Parade Production in conjunction with Spirit of America in 2012. She has served on the ShowMakers Hawaii Dance National’s contest staff for 8 years. In 2013 she was awarded the PTA Life Membership Award.

For fouteen years, Mrs. Sisson has been the proud dance and drill director at Ronald Reagan High School.  For seven of those years she also was the pep director.

Mrs. Sisson and her husband are madly in love with both of their babies and are excited for the new school year.