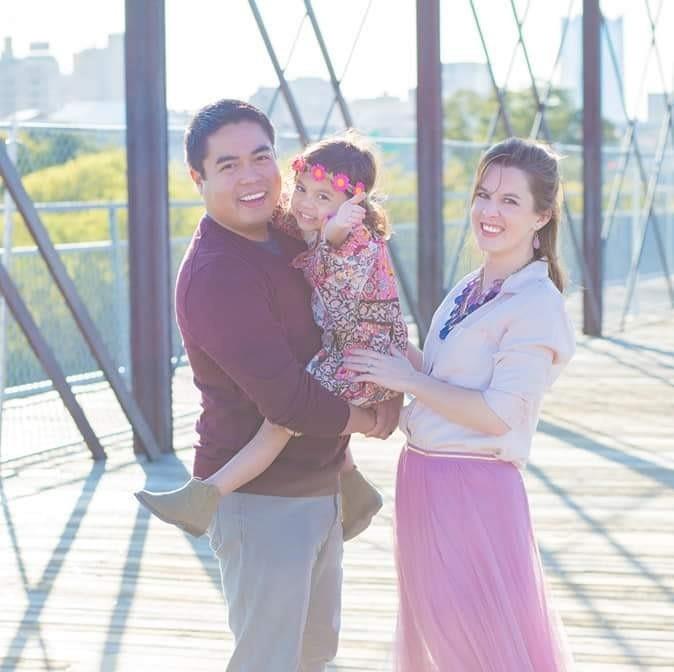 Christian De la Cruz is one of three choir directors at Reagan High School in San Antonio, TX.  Christian has been teaching at Reagan High School since 2011. Under his direction, his choirs have earned consistent Superior ratings at the UIL Concert & Sight Reading Competitions and have earned high praises for their innovative programming, vibrant tone color, and genuine heartfelt performances. Mr. De la Cruz, or "DLC" as his students like to call him, is the primary director of both the Varsity and Junior Varsity Men's Choirs - Cantus, the Vocal A Capella Women's Pop Ensemble - Chantez Nouvelle, and the Varsity Symphonic Mixed Chorale - Kantorei. He is also one of two AP Music Theory instructors at Reagan.

Christian was born in the Philippines and immigrated to the United States when he was three years old. He thrived in the public school system in the Rio Grande Valley graduating 7th in his high school class out of over 500 graduating seniors thanks largely to his middle and high school choral directors Ed Arguelles, Joyce Hull, Carlos Alfaro, Debbie Morton, and Amby Tanner. He went on to graduate Summa Cum Laude from Texas State University with a Bachelors in Music Education and a Minor in Mathematics thanks to the Howard and Nancy Terry Foundation Full Ride Scholarship. As a full ride scholarship recipient he was one of the 16 chosen scholars out of an incoming class of over 5,000 students. He was also awarded the College of Fine Arts Presidential Scholarship, the Texas Music Educators Association Scholarship, the Texas Choral Director's Association Scholarship, and was named most Outstanding Future Music Educator by the Texas State School of Music.

Mr. De la Cruz began his career as a student teacher at Reagan High School under the direction of Jo Scurlock-Dillard and Mary Cowart in 2010.  Soon after graduating he was hired at Krueger Middle School to restart their choral program.  In just under six months, he was able to build the choir program from 30 members to 180 members while winning a local choral competition, something that choir program hadn't done in over thirteen years. The following school year he was hired as Mary Cowart's first associate director at Reagan High School.  In 2014 Amanda Jeffries joined the team, and the trio of directors have been together since.

Side by side the dynamic team of directors and voice teachers at Reagan High School and their feeder middle schools, the choir department has been incredibly proud to have the highest number of all-staters in Texas for a record 7 of the last 11 years. Christian, a former three year all-stater himself, is thrilled to have the opportunity to coach students through this rigorous competition process.  In the summer he has been hired to lead as the Tenor Section Clinician for the Texas State University Choir Camp for four straight years and has had the privilege of the conducting the Texas State University Choir Camp Men’s Choir for two years.  Mr. De la Cruz alongside his wife were honored when they were hired to be Texas State Choir Camp Executative Administrators and now have served in those roles for from 2016-2021.  Through their admin role they were able to reshape, revamp, and update the philosophy and organization of the entire camp with tremendous results.

Christian has also been fortunate enough to have the opportunity to serve the Terry Foundation, an $800 million dollar endowement which is the largest scholarship organization in Texas, in the summer time as one of its youngest Advisory Board members. In this role he has been able to interview and select future scholars as well as shape policy that has positively affected thousands of current Terry scholars.

DLC has been invited to conduct several Region Choirs throughout the state. He is frequently asked to clinic middle school and high school choirs in our area and has helped to consistently earn the top awards at the prestigious Texas Madrigal Festival, resulting in the Reagan Chamber Choir being crowned the State Champions in 2017. He has also conducted and toured with choirs in Peru, Switzerland, Italy, the United Kingdom, and South Africa.  In the summer of 2018, the Reagan Choir Program sent 50 students to compete in the Leonardo Da Vinci International Choral Competition against High School, College, and Professional Choirs from all over the world including the award winning choirs from the Philippines, Spain, Denmark, Indonesia, Italy, Bulgaria, Costa Rica, and China, and after multiple rounds of competition, was crowned the Grand Prize Champion over all 7 categories. DLC has sung professionally and recorded two albums with the San Antonio Chamber Choir, the premier professional choir in San Antonio. He is an active member of TMEA, TCDA, TMAA and Mu Phi Epsilon, where he served as the Alpha Pi Chapter President. Christian also serves as the Associate Minister of Music at First Protestant Church in New Braunfels where he conducts the handbells and Sanctuary choir and leads the newly formed Children's choir. He loves living in Stone Oak with his wonderful high school sweetheart and is extremely proud of their adorable six year old daughter, Rose.

DLC is beyond excited to be back teaching students in person. He is hopeful and grateful for any opportunity to work with your students and to continue the great Reagan tradition of cultivating young musicians and inspiring future leaders and artists to make a positive influence on our world.