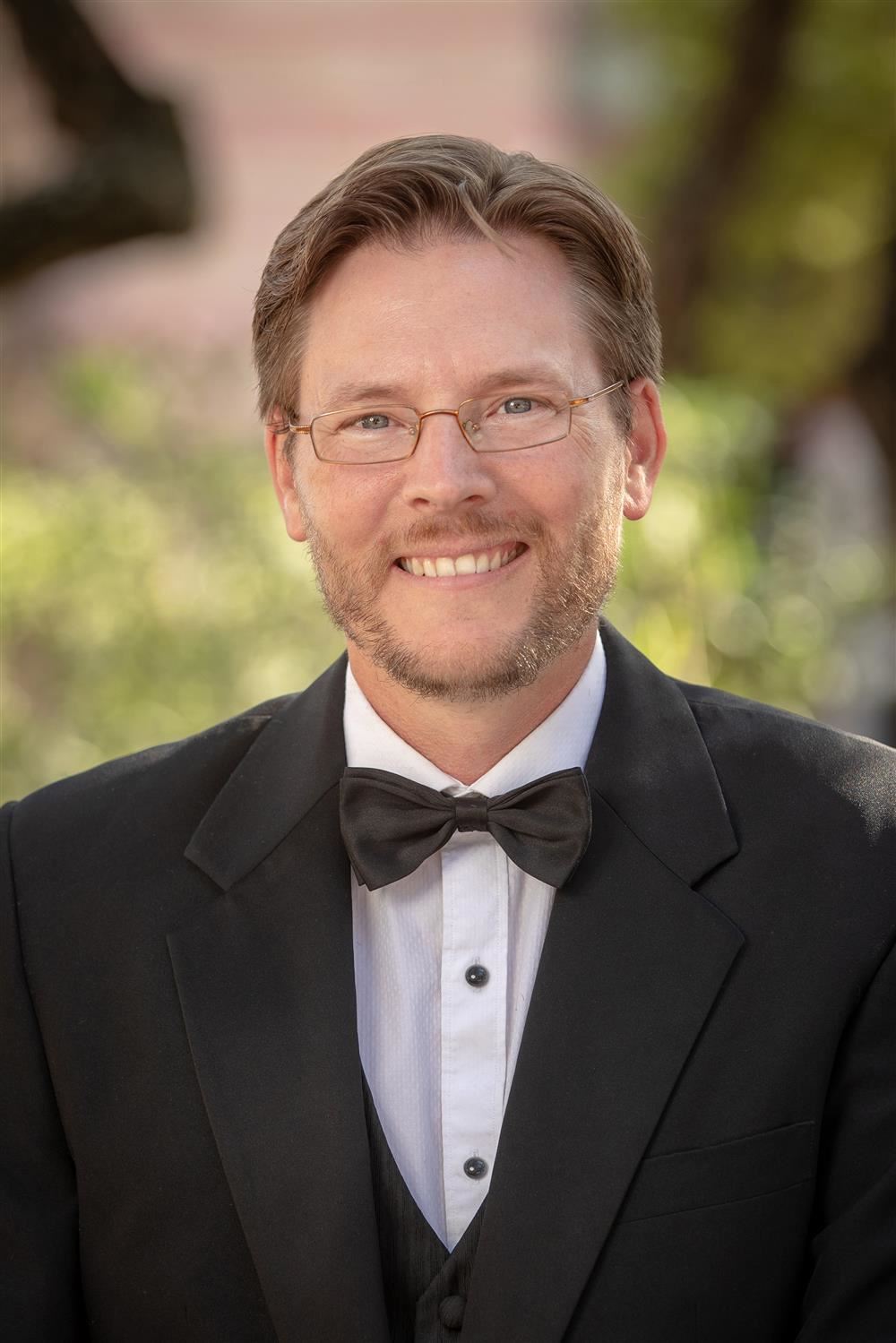 Mason Daffinee is an Associate Director of Bands at Ronald Reagan High School and is in his fifteenth year as a professional educator. His duties include co-directing the Symphonic and Concert Bands as well as assisting with all other facets of the band program.

Mr. Daffinee is a native of Binghamton, New York and a graduate of Ithaca College where he earned a BM in Tuba Performance and Music Education. He was a four year member of the Spectrum Drum and Bugle Corps from Owego, New York, as well as a four year member and ten year staff member of the Phantom Regiment Drum and Bugle Corps from Rockford, Illinois. As a marching member of the Phantom Regiment Mason was the 2002 DCI Tuba Solo Contest Gold Medalist and was named the Mark Glasscoe Memorial Member of the Year. His time on staff included the 2008 season when the Phantom Regiment was named Drum Corps International World Champions. Upon graduation from college, Mr. Daffinee toured North America and Japan with the Tony Award-Winning Broadway show Blast! His passion for the marching arts continues today through his drill design for Reagan High School and other bands across the country. Mason is also an active clinician and leadership facilitator for the SASI
leadership company.

Before moving to San Antonio Mr. Daffinee was Assistant Director of Bands at Hebron High School in Carrollton, Texas as well as a teacher Georgetown ISD, Irving ISD, and the Vestal Central School District.

Mason is an educator and military spouse. He happily supports his wife, Dr. Jennifer M. Daffinee, who is a Regional Bandsman in the Air Force Band of the West stationed at Joint Base San Antonio-Lackland.

For more information about the Reagan Band go to www.reaganband.com