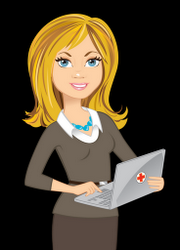 I grew up in El Paso, Texas and graduated from El Paso High School. Following graduation, I spent a year as a Rotary Exchange Student in Brisbane, Australia. I hold a B.S. in Fashion Merchandising with a minor in Marketing  from Texas Christian University  (T.C.U.), in Fort Worth, Texas.  Following graduation, I worked as an assistant buyer for a department store in Dallas.

I later attended St. Mary's University School of Law, and graduated with a Doctorate of Jurisprudence degree.  I am licensed to practice law in the State of Texas. I practiced civil  trial law before moving to the Bexar County Criminal District Attorney's Office. During my time at the DA's office, I handled mental health commitments,  general misdemeanor crimes, became Chief of the DWI task force, prosecuted  Fraud and Integrity crimes,  general felonies, and spent a large amount of time in the Family Violence unit, prosecuting Assaults,  Indecency with a Child and Aggravated Sexual Assault on a Child cases.

After the arrival of my second child, I quit practicing law to stay home with my children.

So,where does German come in? I became interested in German through a Fort Bliss host program. I took German in high school, studied in Nürnberg, Germany, as a German Government exchange student, and, in college, in Vienna, Austria.  All were exciting and vibrant experiences.

I look forward to sharing my love of the German language and culture with my Reagan students.