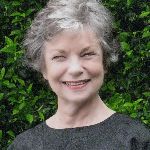 Jan Garverick is the Director of Orchestras at MacArthur High School in the North East Independent School District in San Antonio.  She has earned degrees in English and music, as well as a Ph. D. in Fine Arts, major in Music Education (Texas Tech University).  She has taught strings from kindergarten through university levels.  For the past twenty-five summers, she has taught at the Texas Tech Orchestra Camp. She was selected as MacArthur's Teacher of the Year (2004), San Antonio Women's Hall of Fame (2005),Trinity Prize (2006), and UIL Sponsor Excellece Award in 2010. In 2006, Jan received the American String Teachers Association National Elizabeth A. H. Green Award given annually to one school orchestra educator in the nation who demonstrates a current and distinguished career in a school orchestral setting. Dr. Garverick was named Texas Orchestra Director of the Year for 2016, by the Texas Orchestra Directors’ Association. In 2021, she was honored with a Lifetime Membership Award from the MacArthur PTSA.  At MacArthur, she serves as Department Head for the Performing Arts.  Jan Garverick is dedicated to the enrichment of life through music and to life-long learning.   She delights in helping students and teachers learn more about string pedagogy.