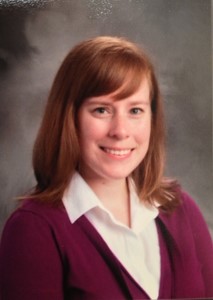 Mallory Phillips is in her second year as Orchestra Director at Barbara Bush Middle School. Before becoming a Bulldog, she was the Assistant Director of Orchestras at Winston Churchill High School for three years. She received degrees in Flute Performance and Instrumental Music Education with an emphasis in Strings from the University of Oklahoma in 2011, and completed her Master of Music degree from Oklahoma City University in 2013.

Her professional affiliations include the Texas Orchestra Directors Association, the Texas Music Educators Association, the National Association for Music Education, and the American Federation of Musicians Union, as well as Sigma Alpha Iota Honorary Music Fraternity and Tau Beta Sigma Band Service Sorority. In her spare time, Ms. Phillips loves to go bowling and swing dancing. Her favorite sports are swimming and snow skiing, and she is a passionate fan of Sooner football and Spurs basketball!

In partnership with the parents and community, Ms. Phillips' commitment is to provide a safe, nurturing environment in which students learn to think critically and creatively, interact cooperatively, and follow their passion for music. She looks forward to an exciting year!